A Home as a Creative Exhibit Design–Pets Love It!

Immediately prior to the North American Veterinary Conference (NAVC) VPI, a major pet insurance company, was acquired by insurance industry giant Nationwide. Nationwide recognized that whether they have two legs or four, all family members deserve quality health care. Almost 2 million pets are insured in the U.S., and spending on animal health is more than $63 million.

In spite of the fact that almost everyone can sing the Nationwide jingle, the company is still part of the historically conservative insurance industry. Traditionally, an acquisition such as VPI would be announced at a major industry trade show in a somewhat formal environment or in what could be described as a “corporate” exhibit.

Much like the decision we explored previously with Elgato, Nationwide decided to forego the expected and opted to deliver its brand message from a dog’s perspective. And what could any dog want more than a tastefully designed home?

Using a doghouse as the exhibit made it possible for Nationwide to deliver the brand story of its new division in an unmistakable way. Attendees and staff could walk through the doghouse which featured a conference room that could accommodate four people. To facilitate meetings, a table lowered from the ceiling, and stadium seating folded out from the table.

While humans might appreciate the scent of baked apples in their homes, dogs, or so we’ve been told, like to hear reassuring barking sounds from their friends as well as the chirping of birds outside their homes. The house was set in a traditional backyard, complete with carpeted turf grass and a white picket fence. A tree stump in the yard was a charging station—and there was also a fire hydrant on the property which, fortunately, went unused.

In order to deliver the corporate message targeted to humans, the windows of the doghouse were video screens that displayed company information. The attendee experience at Nationwide was undeniably “best of breed.”

“I couldn’t be prouder of the team who made my vision a reality or more excited to debut this slice of fun on the exhibit hall floor,” said exhibit manager Tara Van Atta. “Need some private meeting space? Step into the dog house. Need to recharge your phone? Plug it into the tree trunk. Or just sit and relax while you listen to the sounds of birds quietly chirping in the yard.” 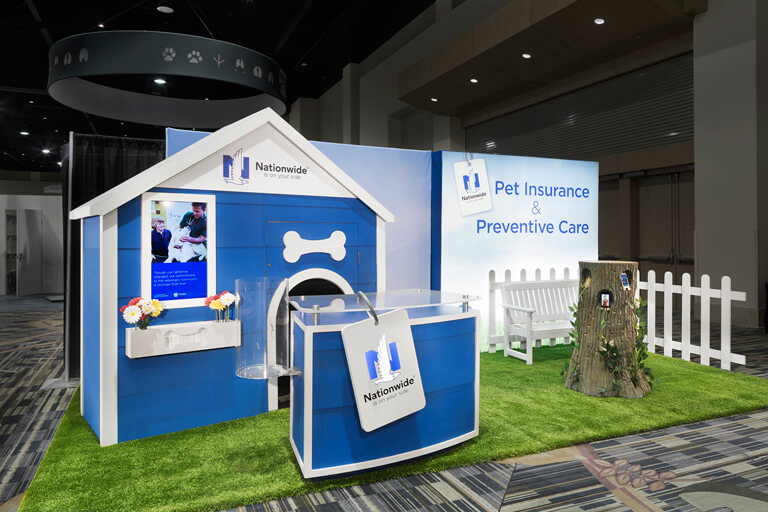 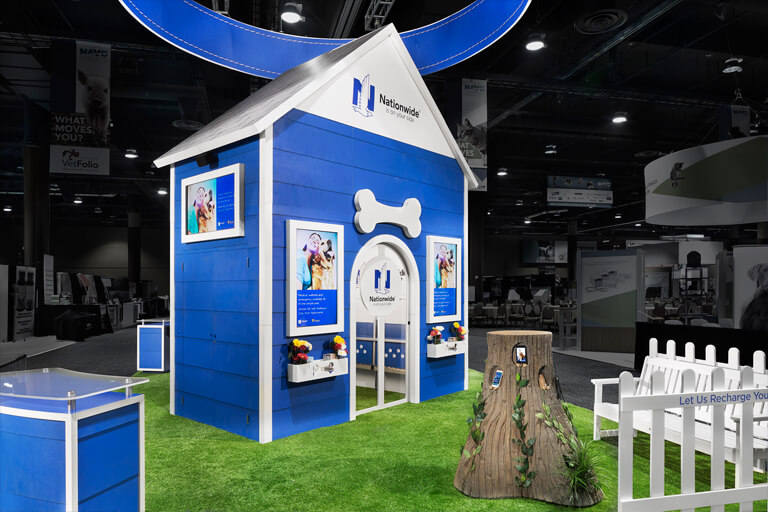 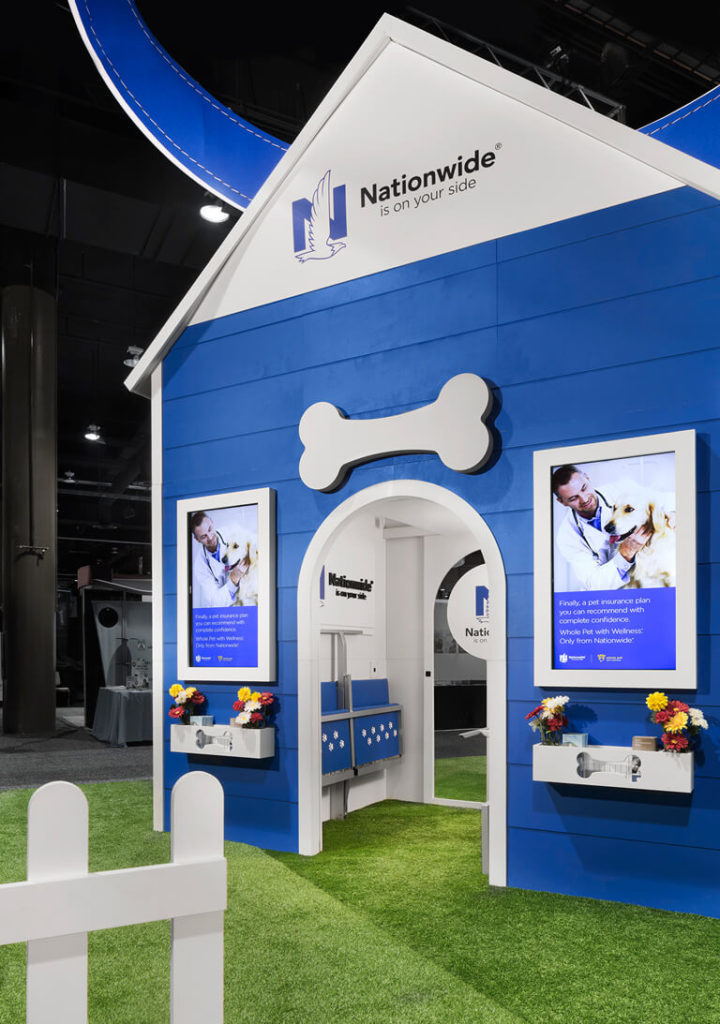 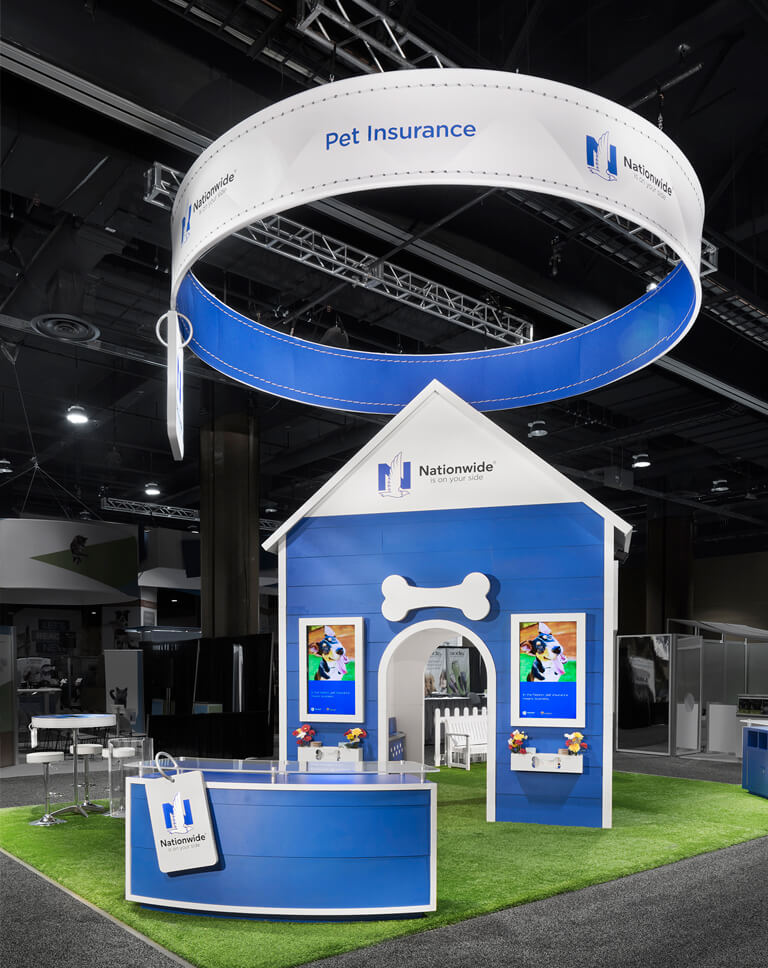