Jazz Pharmaceuticals wanted to create a buzz about their yet-to-be approved sleep drug to treat narcolepsy, a sleep disorder that affects how well you’re able to sleep and that can cause you to feel extremely tired when you’re not at rest.

A survey, created and sponsored by Jazz Pharmaceuticals, found the vast majority (97.6%) of responding physicians were aware of the negative effects that excessive sleepiness (ES) can have on the lives of patients suffering from obstructive sleep apnea (OSA), while less than a third (29%) of physicians were very aware of emerging scientific research linking OSA to serious brain alterations that affect wakefulness. OSA is a prevalent disease in which excessive sleepiness is a major presenting complaint in many cases. Recent scientific research suggests that in some cases, OSA can lead to brain alterations that increase sleepiness.Going into the American Thoracic Society’s (ATS) annual meeting, Jazz Pharmaceuticals encountered a fairly common pharma industry challenge: The drug it hoped to market to this audience was not yet approved.

Access created this 10-by-20-foot exhibit to educate physicians about current research related to its promising solution for OSA. While one half of the space featured traditional wood-and-laminate exhibitry, the right half comprised an 80-inch interactive monitor. Here, visitors discovered an image of a forest with a brain in the middle. When attendees touched various parts of the brain, data popped up that explained how that portion of the brain is affected by OSA, a key condition associated with the promising drug. By touching different areas in the graphic, doctors learned what symptoms each affected part of the brain exhibited.

This is a disease state exhibit where doctors learned about OSA) and what Jazz could tell them about it. This is not a promotional exhibit, meaning it was not staffed by pharma sales reps but by scientists. The drug was not yet approved when this exhibit appeared at ATS. 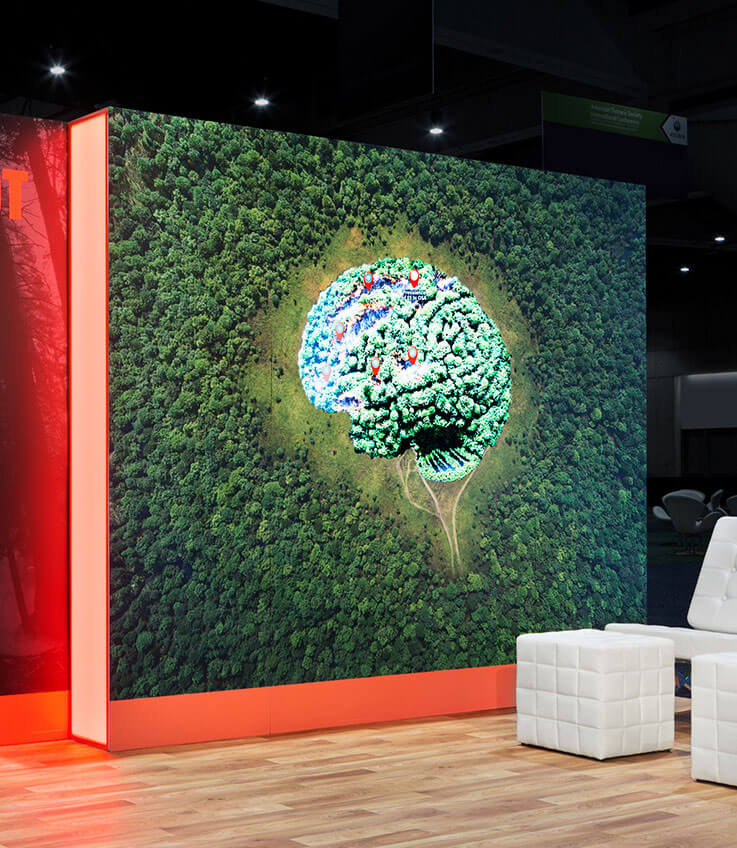 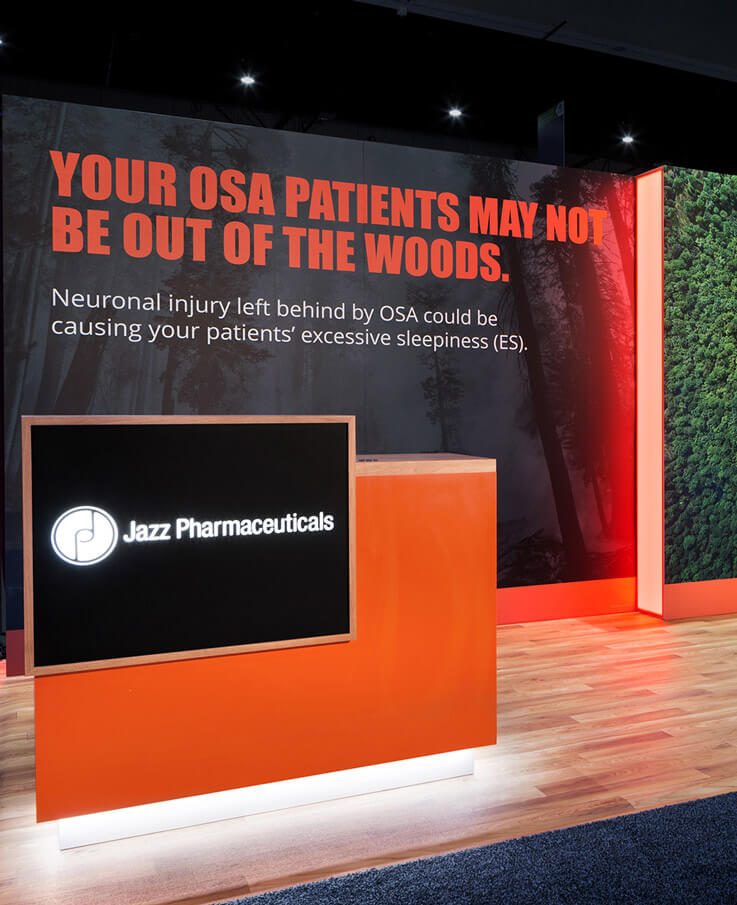 While usually commanding a large footprint on the show floor at ATS, Jazz was introducing the attendees to some compelling new research. ATS was a critical meeting–and a significant exhibiting opportunity–but because this engagement was not a promotional, marketing-driven presence, the small space was perfect. At ATS, the striking exhibit pictured here won the ‘Best Inline’ award at the show. Eighteen months later, the drug was approved.