Exhibitors in the defense industry need to plan experiences and engagement strategies for their attendees while they engage with many levels of clients—from engineers to politicians. Sierra Nevada Corporation (SNC) is a privately held American electronic systems provider and systems integrator specializing in microsatellites, telemedicine, and commercial orbital transportation services. The company, headquartered in Sparks, Nevada, contracts with the United States Armed Forces, NASA, and private spaceflight companies.

SNC experienced exorbitant usage cost with their current exhibit, an edifice composed of box-frame construction and metal. Not only that, but the exhibit looked totally outdated, particularly for a leading technology provider. Equally important, SNC has 12 product groups that need to be represented either from one show to another or all at once. It was time for a change.

The new SNC design ‘lightened the load” using an extruded aluminum system and fabric. With its debut at the Association of the U.S. Army (AUSA) and its tagline, “Dream. Innovate, Inspire,” SNC embarked on a bold new trade show presence. Developing a way to mix and match the product groups was no problem for Access. Our solution for this embarrassment of riches was to use double-sided kiosks so product graphics could be interchanged from show to show, depending on the focus.

16’ backlit towers provided high identity so attendees could see SNC across a crowded show floor. Planning for an entire show schedule, Access designers made sure the exhibit allowed for multiple configurations. SNC not only lightened the load but stepped into the spotlight. 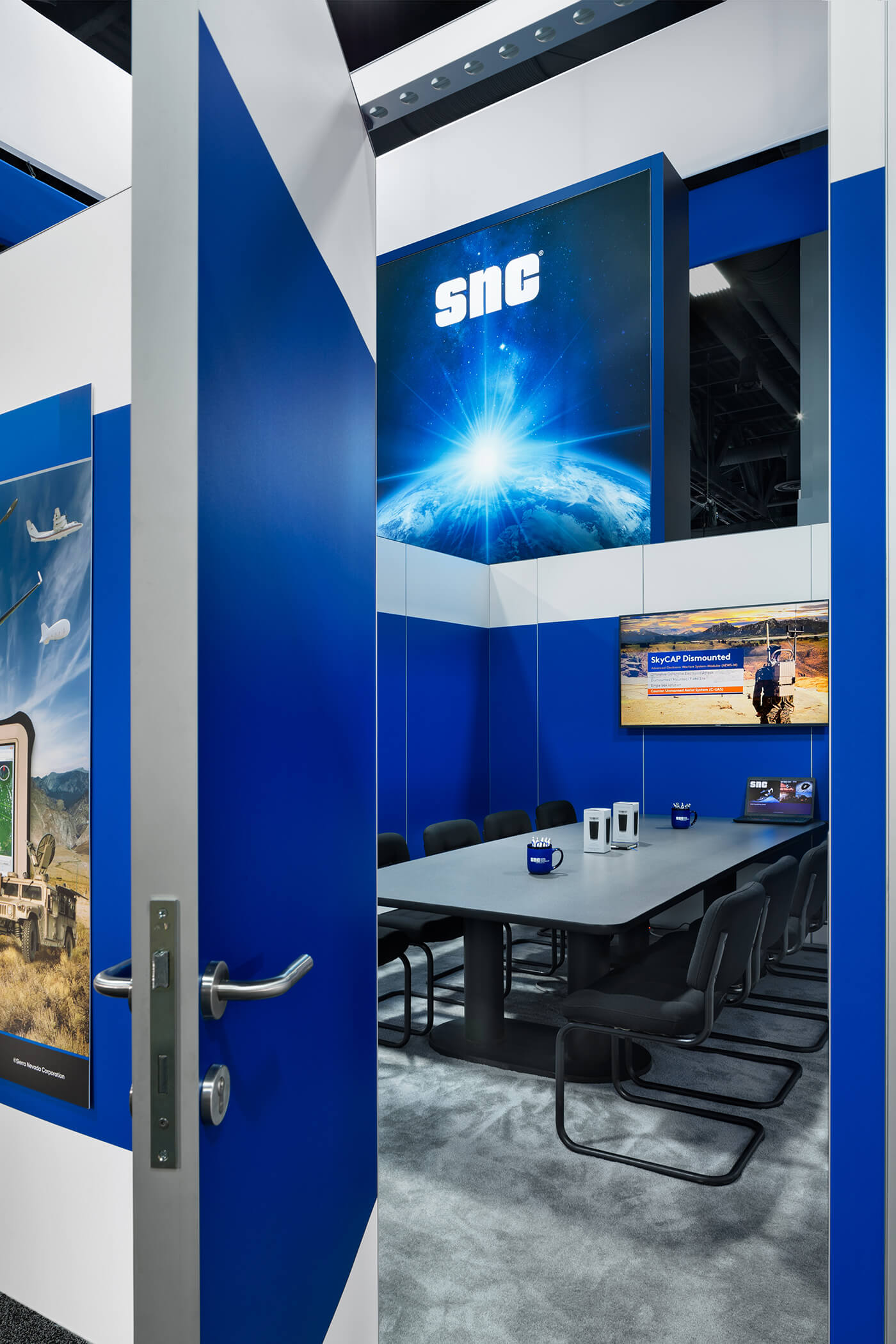 “To date, Access has been the best exhibit house I’ve worked with in my years of coordinating trade shows and working with different vendors. We researched and obtained quotes from 8 different companies. We chose Access as our exhibit house for numerous reasons. From our initial calls to design, First, Access was always very professional, receptive to our ideas, and always had a designer on the call to suggest new ideas if we had concerns with how to display a certain product. Secondly, their design concept by far was the best, creatively and functionally for our exhibit needs. Lastly, Access respected our strict budget yet always delivered high-quality materials and creative design concepts. When the time finally came for install, show days, and dismantle, I knew we 100% made the right choice. Overall exceptional service!” 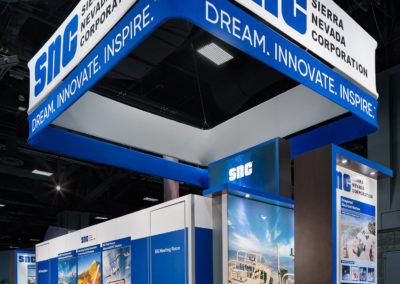 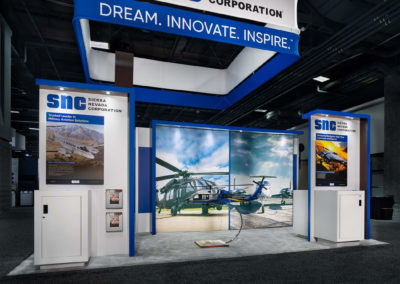 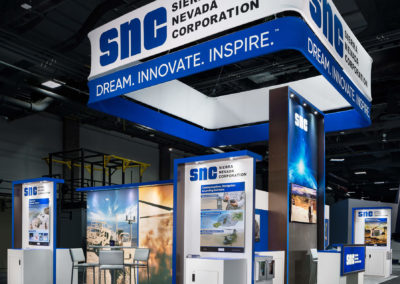 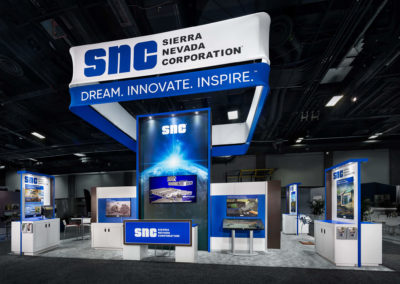